“Will he come?” I asked. “Who? ‘El Tigre con dos patas’? No, he won’t come” answered the remaining health promoters. I had just finished meeting with the Bolivian health promoters that my MCC predecessor had taught. Together we had set a date for our next meeting. Don* Leon, the best educated and the most sophisticated of the promoters had just left the meeting when I asked the question. The other promoters continued to enlighten me. “El Tigre con dos patas” was what the local people called Don Leon behind his back. I learned he was a shister, a loan shark and not to be trusted. And no, he did not come to our next health promoter meeting.

The first time I met Don Leon he was not shy about asking me what the Bolivian people would gain from my being there. In my halting Spanish I tried to explain my motives were altruistic; I had come to serve in the name of Christ; I was not there for my own personal gain. But he did not buy it. He said, “yeah, we’ll teach you Spanish and then you’ll go back to the United States and get a high paying job because you speak Spanish.”

I, like others in my village, lived in an adobe house with a dirt floor, palm leaf roof, no running water or electricity. We had a health post with a Bolivian nurse, a primary and secondary school, several churches and a dirt road that was passable most of the year. The health promoters lived “mas adentro” across the river and further into the jungle in very small villages which had no health care, schools that only taught primary grades, if that, and impossible roads. These villages could only be accessed by four-wheel drive vehicles several months each year during the dry season. When I visited them, I usually went by motorcycle or horse—mostly horse.

On one of my visits to Don Leon’s village, I met his father. A small weather-beaten man of Inca decent with a snagged tooth gin who reeked of the local corn liquor. Don Leon invited me to a party to celebrate his father’s 50th birthday the following week. I already had a commitment in another village for that day, so I explained I would not be able to attend. Don Leon looked me in the eye and said, “Don’t tell me you can’t come. Tell me you are honored to be invited and that you will come,” but I protested, “that would be a lie because I already know I can’t come.” He replied, “tell me you will come; tell me it will be fun. And then if you can’t come, I’ll understand. But don’t tell me NOW you can’t come.” I took a deep breath and told him I would come, knowing I would not be there.

Over time I learned that Don Leon was not honoring the agreement he, as a health promoter, had with MCC. He was doing things for which he had not been trained—like giving IV medications and IV fluids. In order to be trained as a health promoter and receive a small medicine chest, each promoter agreed to only dispense the medications and provide the medical care for which they had been trained. When I confronted Don Leon about giving IVs and IV drugs he adamantly denied it and stalked off. Later I learned that direct confrontation, even if done kindly, is considered offensive in the Bolivian culture. Rather, one should ask a mural friend to act as a mediator.

Don Leon was more a thorn in my flesh than a friend. I’ve thought of him and what he said each time I’ve gotten a new job. But as the years pass, I’ve come to believe that maybe I needed a “Tigre con dos patas” in my life. How else would I have realized that I received much more from the Bolivian people than I gave? How would I have learned about a different way of dealing with conflict that allows both parties to save face? How would I have understood a culture that places more importance on valuing the current moment and the person you are with, than future plans and commitments?

I hope in small ways I was able to help alleviate suffering, promote better health practices and share God’s love. I do know my experiences there molded and changed me. They helped me see, understand and value a different point of view and for that I am deeply grateful.

* “Don” is a title used with men you know showing courtesy and/or respect. 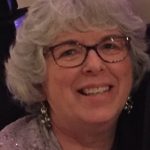 Sarah Burkholder served 6+ years (1978-1986) with MCC, first working with health promoters in rural areas and then as coordinator of the MCC health program in Bolivia. Currently she works part-time as a public health nurse with the Marion County Public Health Department.