The Class of 2021 has faced challenges never seen before, and we are so proud of our seniors who have persevered through it all.   All four are graduating from North Central High School, with the actual graduation ceremony being on May 26, 2021, at the Indiana State Fairgrounds Coliseum (exact format still being determined!)  Avi, Isaiah, Klaine and Paige have been part of FMC their entire lives and it is a joy to celebrate them. 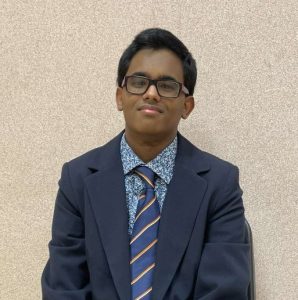 There’s always a spark of excitement in the air when Avi Sarkar is around. Sometimes that spark becomes a flame – like the time he accidentally started a fire in his chemistry classroom at North Central High School. As this spunky senior reflects on his high school years, there are many highlights. His choir experiences and his broadcasting work at WJEL have been favorite activities. Avi’s goals evolved over the years and he has realized how much he has cherished learning alongside his peers. He is a people person, and illustrated by the fact that his favorite church-related song is “10,000 Reasons, because Isaiah and I would sing this on the way to football and basketball games,” he says. Many from FMC have heard his voice on the airwaves on his sports podcast.

A fan of watching YouTube videos, Avi also enjoys watching the shows Breaking Bad or Better Call Saul. A superhero theme is followed, in that his favorite book is Ultimate Spider Man and his favorite movie is Avengers: Endgame. You might find Avi eating a McChicken sandwich and listening to Lose Yourself by Eminem or filming one of the many videos that the Counterpoints had to turn in this year. 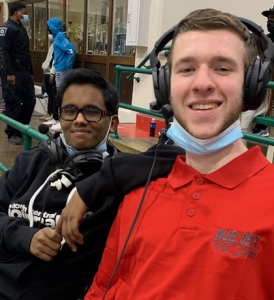 He has enjoyed his years at First Mennonite, especially Snow Camp when it snowed and the kids were able to go tubing. He advises the JYF to “Don’t do what I do.” (You’ll have to ask Avi yourself what he means by that!). Perhaps the pandemic experience of the past year has influenced his advice for the adults of FMC in that he says, “Live your lives to the fullest.”

As he looks to the fall, Avi will be attending IUPUI and in five years hopes he’ll be looking for a job. With your enthusiasm and energy, Avi, we know you’ll find a great one! 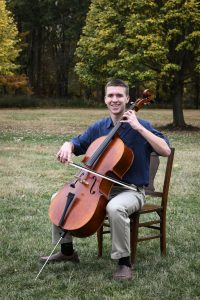 During his high school years, you could find Isaiah Rosner on several of North Central High School’s “big stages.” Whether it was playing his cello in the Symphony Orchestra in the auditorium or being in the press box announcing NC football games across the WJEL airwaves, Isaiah was working on goals he set years ago. “I wanted to be first chair cello (currently second) and get into sports announcing, both of which happened,” the senior recalls. He began announcing sporting events as a sophomore and enjoyed this activity that is leading to a career choice. Upon graduation he plans to go into a digital sports production program, either at Ball State or Indiana University.

When asked what might surprise people about announcing, Isaiah points out the action that happens before the contest even starts. “It takes a lot of time to prepare for the game broadcasts, and I’ve enjoyed collecting stats and prep information for every game. You have to be ready with information on key players and stats you can reference during the games as you think on your feet,” he says. 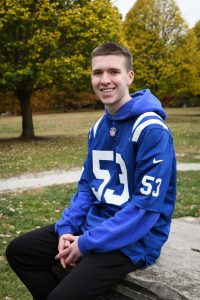 If one was “calling the story” of Isaiah’s high school days, you’d describe his favorite food – pizza of the pepperoni, sausage, bacon and ham with stuffed crust variety – along with his top TV shows Stranger Things, Impractical Jokers and The Office. His highlight reel would also include roller coasters, the Colts and Pacers as well as the pandemic-discovered hobbies of chess and magic tricks. The odds are good you may not know his favorite musician – composer Michael Giacchino – but many of his soundtracks would be familiar.

Isaiah has been at First Mennonite his whole life and has fond memories including the antics of Snow Camp. He especially enjoys the song “Strangers No More” due to decent lyrics and good tune. In granting advice to the JYF, he encourages them to “get involved in what you are interested in as soon as possible – at school or outside of school” as he wished he would have done broadcasting as a freshman. His advice for the adults is a bit more specific. “Don’t drive kindly – drive predictably.” He asserts that if you are driving the speed limit on a two-lane road, don’t make him late to his broadcast by blocking him. In five years, that call time just might be for his first job,” likely broadcasting random sports in the middle of nowhere.”

We have all enjoyed watching you grow up, Isaiah, and we’ll tune in to your broadcasts originating from Fargo! 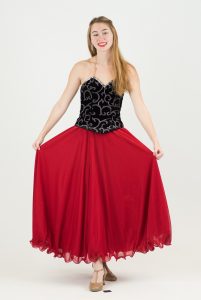 Determined. Focused. Fun. These are just several of many descriptors that describe Klaine Friend as she wraps up her high school days at North Central. From a young age she knew she wanted to be part of the Counterpoints, the school’s award-winning show choir, and that goal was reached her junior year. Elected co-president of the Counterpoints by her peers as a senior, she has the dubious honor of leading the group during this most disruptive year ever. Along with her singing, she ran cross country for all four years – another feat of determination.

When she walked in the doors of NC as a freshman, she set the goal of being in the Top 25 of her graduating class. Through focused effort and long hours of homework, she achieved that goal in her class of almost 900 students. It was wonderful that the school enabled the ceremony to be in person in March for the senior honorees.

Along with all the work, there has been time for fun as she has enjoyed hanging out with friends, going to parks and of course playing with her pandemic puppy.

Her biggest pet peeve right now is people asking her where she is going to college, as she awaits decisions from universities on the East and West Coasts. It appears schools in the heartland, five of which she’s been admitted to, let students know earlier than NYU and UCLA who won’t notify until the end of March. She does know that she wants to study environmental science, pointing out that her generation does not have the luxury of kicking the can down the road on issues like climate change.

Klaine has been at First Mennonite her entire life, and there are pictures from early days of VBS, Children’s Christmas Musicals and Snow Camps to mark the journey. Klaine gives a shout out to her mentor, Brooke Kandel, who has been a great role model. “With a big job at Butler and her kids, Brooke does it all but still had time for Starbucks with me and to come to my various plays and shows. I really appreciate it,” Klaine says. She also shares the fond memory of when her dad helped the JYF build a carpetball game for the JYF room. Her advice to the JYF comes with the wisdom of a Class of 2021 senior: “It gets better.”

A perfect afternoon might include eating sushi, sipping a chocolate milkshake and watching her favorite movie The Grinch while Snapchatting with her pals. After a year like this, trying to predict down the road five years almost seems a fool’s errand. Yet it is fun for Klaine to think about having a job in city with greenspace as she works to protect the environment. There’s no doubt this determined young lady will make her mark on the world! 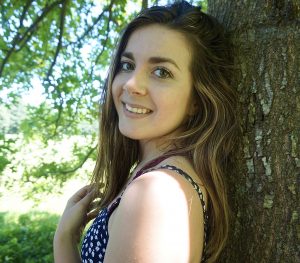 Paige Longenecker will be graduating from North Central High School this spring and will be heading to the University of Cincinnati in the fall to pursue a marketing degree at the Lindner School of Business. As an incoming freshman to North Central, Paige’s goal was to meet a good group of friends and she has achieved that, plus a lot more! Paige’s roommate at the University of Cincinnati will be someone she met at summer gym classes before her freshman year of high school. One of her favorite parts of high school has been the opportunity to meet all types of people—including lots of the “fun personalities” in her high school. Paige loves anything pasta, watching Netflix in her room with her cat, movie nights with her friends, hiking at Holiday Park with her dog, attending Taylor Swift concerts (she’s been to four so far) and watching shows with her family. Right now, Paige is re-watching The Vampire Diaries and The Originals (the sequel).

“The Mountains may shift and the hills may be shaken, but my faithful love won’t shift from you, my covenant of peace won’t be shaken.” says the Lord the one who pities you. (Isaiah 54:10) This has been a meaningful verse to Paige through the peaks and valleys of growing up. It reminds her that the Lord will always love her, and that the love of the Lord is endless. Paige’s favorite memories during MYF are of the DOOR trips. She found these to be spiritual, fun and a real learning opportunity. She got to know the MYF group better, as well as the people and environments around the group while doing service. Her advice to the FMC adults is to engage with youth and to the JYF she encourages them to Participate! Paige has found that the more you attend the MYF/JYF activities and go to Sunday School, the closer you get to the group. For her, some of the most memorable activities in JYF and MYF have been when the adults in the church joined them. 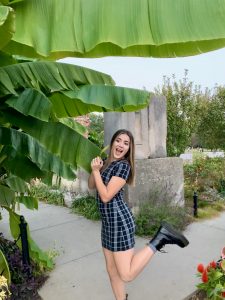 As her mentor, I (Rachel Friesen) have enjoyed our annual back to school shopping trips, Shoo-fly pie bake-offs and watching her grow up through our monthly small group get-togethers. Paige is a thoughtful and compassionate person who radiates a caring spirit. Paige’s long-term goals are to earn an MBA, embark on a career in marketing and have a dog of her own. Congratulations, Paige! We are looking forward to seeing your impact on the world!