My parents were called to serve the Mennonite Church in Bragado, Argentina in 1961. I was four years old at the time, and went on to grow up in that small community of 30,000 people, in which there was only one other American family. The school system was very good, and hence I was not sent away to a boarding school like other MK’s (missionary kids), but rather attended schools locally, all in Spanish. My parents (Earl and Genny), my younger siblings (David and Donita) and I, fully integrated into the local community. Because of this total immersion, I learned Spanish at a very young age. I dressed, acted and talked like all of my friends, though they did know that I was “American”. We returned to the US when I was 16, when the church in Bragado called local pastors to continue the work that was started by missionaries 50 years before. We served under the Mennonite Board of Missions (Elkhart), which in 2002 became Mennonite Mission Network.

Though I have not served in long term assignments like my parents, I have worked at a Christian hospital in India, participated in medical mission trips to Senegal and Paraguay, and a building project in Puerto Rico. More recently, my life-long interest in serving others, both at home and abroad, made me receptive to an invitation by Mennonite Central Committee (MCC) to join a fundraising team for the “New hope in the name of Christ” campaign. The timing coincided with the celebration of the 100 year history of MCC, which began in 1920.

Did you know that MCC is now supported and sponsored by many Anabaptist denominations? It is exciting that a large group of believers is working together to address worldwide needs.  The work focuses on three areas: relief (responding to disasters), development (improving education, clean water, sustainable crops, etc.) and peace (building peaceful communities). Because of the great work being done by MCC, I gladly accepted the invitation to help support the campaign, and hopefully assure that this work can continue for another century.

We formed a team of six people from the Great Lakes Region of MCC (IN, MI, OH, IL) and began meeting in people’s homes during 2019. I am so grateful for FMC families that opened their homes to us during the silent phase off the campaign. This groundwork was necessary to launch a successful public phase of the campaign which has now begun in 2020.

The goal of the “New hope in the name of Christ” campaign is to raise 100 million dollars over a three year period. The money will be used for the ongoing operating expenses of MCC, in addition to supporting new programs and increasing the size of the existing endowment. This seems like a very lofty goal, and indeed it is. How can we respond? In addition to praying for the work of MCC, we can renew our commitment to support the ongoing work, increase our giving to help support new programs, or include MCC in our estate planning. We are very excited that the campaign is off to a great start. If you would like further information, please feel free to visit https://mcc.org/centennial/new-hope or reach out to me. And thank you for your support of MCC. 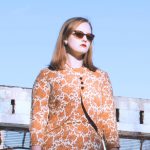 Annabella Habegger is an artist living and working in Indianapolis. She graduated from IU Bloomington with a BFA in Digital Art. She enjoys exploring all types of media, often combining drawing with other materials. 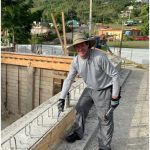 Doug recently retired after serving as a Surgical Oncologist and Medical Director for IU Health Cancer Centers. He is keeping quite busy as a Trustee at FMC, serving on the Pastoral Team Search Committee, volunteering, traveling, playing pickle ball, and spending time with his new grandson Harrison Kurtz.