This is a condensed version of the speech that Olivia Krall gave at the C. Henry Smith Oratorical Contest in February 2021 at Goshen College.  Olivia’s speech begins at 13:24.

Trauma is passed on through generations. Psychologists refer to this phenomenon as intergenerational or transgenerational trauma. Children of parents who have faced extreme situations may be more likely to struggle with their mental health. One explanation of this is that parents or family members who are struggling may pass down their negative coping mechanisms. The actions of our families, the stories we grow up listening to, and the communities that we live in shape us. As a result, the consequences of trauma, are felt for long afterward.

I first became aware of this idea two years ago during a lecture on a boat in the middle of the Dnieper River in Ukraine. It has since changed how I think about my own history. One day before that lecture, my grandparents, my mother, and I, along with roughly 30 other passengers, boarded a bus and headed into the Ukrainian countryside to see the villages of our ancestors. What was intended as an eight-hour bus trip slid into hour fourteen. By then I was hungry, exhausted, irritable, and tired of peeing in fields. All I wanted to do was head back to the boat. So, when we pulled up to an abandoned train station, I could only be described as exasperated. The sun had set, and the only lights remaining were the headlights on the bus.

As I caught up to the group, I saw that they had gathered in the middle of the tracks. Here, the leaders of the group informed us that this was the train station Mennonites had used to flee persecution, and that would later carry them to execution. They recounted that as each train of Mennonites left, those that remained sang the hymn “Take Thou My Hand, O Father.” When the last of the Mennonites boarded the train, and there was no one left to sing, the Ukrainians — who had never gotten along with the Mennonites — sang it to them. Together as a group, we stood in the dim light of bus headlights and sang that hymn together. I could not see the faces of those singing around me, and I barely knew the German lyrics, but nevertheless, that moment bound me to those people.  I had heard brief mentions of this chapter in my family’s history but, it had always seemed so far removed from my life that I didn’t pay attention. Suddenly though, I was intimately connected to it. In the course of a week, I had seen the same buildings, the same sky that my ancestors had, I had sung the same hymns, and eaten the same foods. What was far away became close. 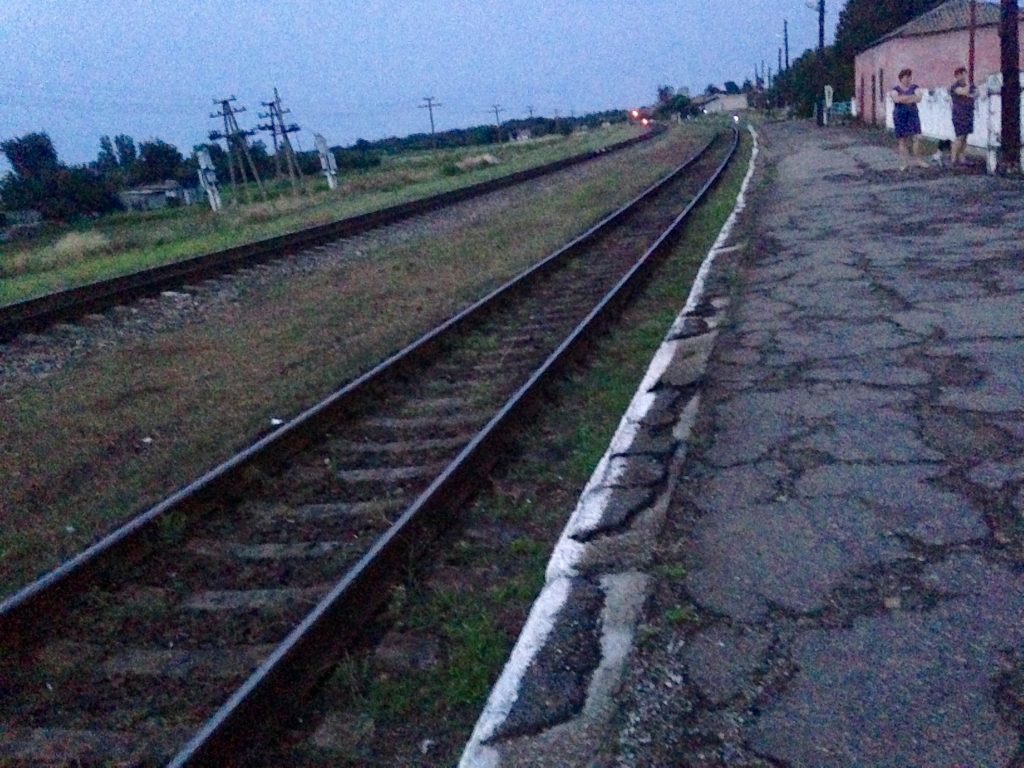 On the trip, a group of psychologists told us that trauma is passed on genetically. It is felt and dealt with through generations. I have come to believe that if this is true, then resilience can also be passed on. Resilience comes from knowledge. It comes from hearing and telling our stories. The pathway forward to peace, within ourselves, and our communities, comes from reconciling with the trauma of our pasts.

Olivia is a sophomore history major at Goshen College. She enjoys hanging out in a hammock with friends, playing with her dog, and baking.